Generation and properties of random graphs and analysis of randomized algorithms 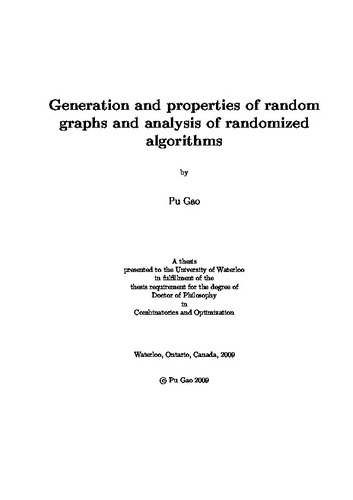