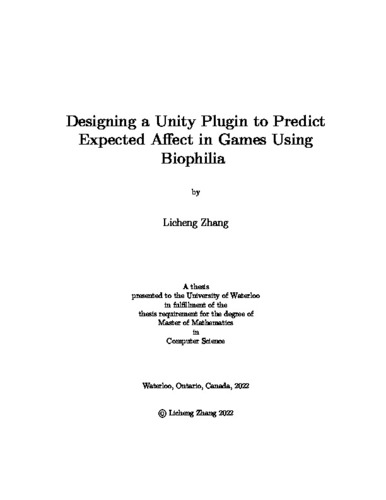 Video games can generate different emotional states and affective reactions, but it can sometimes be difficult for a game’s visual designer to predict the emotional response a player might experience when designing a game or game scene. In this thesis, I conducted a study to collect emotional responses to video game images. I then used that data to both confirm past research that suggests images can be used to predict affect and to build a model for predicting emotion that is specific to games. I built both a linear regression model and three neural network models to predict affective response and found that the neural net that leveraged ResNet-50 was most effective. I then incorporated that model into a Unity plug-in so that designers can use it to predict affect of players in real time.