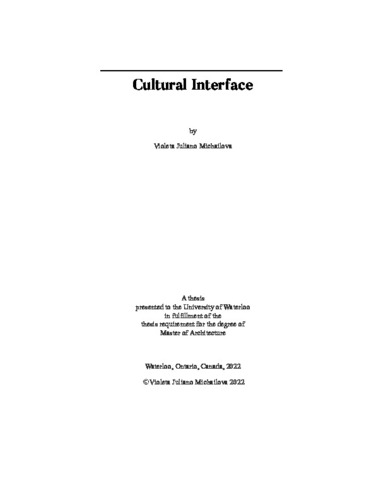 Architecture can be seen as humankind’s original canvas, a primary means of cultural expression and the total, sovereign art form. Public architecture and urban public spaces, in particular, are meant to be theaters for public life, where thoughts, ideas and stories are communicated through the physical surroundings that shape our experience of the city. Historically, that has been accomplished through the incorporation of arts and media. Temples and cathedrals were adorned with sculpture and ornamentation. Festival architectures used art, perspectival illusion and a multi-media approach to redefine the look and feel of the existing streets and piazzas. Still, these methods and architectures were inaccessible to many people. The agency to shape the city was held between the few patrons, artists and architects with power and influence, their narratives and aesthetics were permanently ingrained in the city fabric. The ability for people to change the look and feel of their public spaces was not possible until the twentieth century and the proliferation of digital media. Today, digital technologies have become an ingrained part of how people communicate, consume and create culture. Our society has evolved to become digitally-mediated. Yet, these multimedia techniques and digital technologies have not been incorporated in a way that allows people to have agency over their public spaces and create dynamic environments that are capable to change, to evolve with their population. Through a literature review and case study research, this thesis seeks to analyze how methods relating to public art and performance, digital media, and networks can become participatory and interactive tools through which the people of the city can design their own environments and infuse them with cultural production. Taking into account building practices that promote intervention instead of demolition and designing in a way that synthesizes art and media in space, this thesis proposes a framework for design that will reshape public space. The thesis will then apply the framework to the city of Toronto and show how its application can connect the city, encourage community interaction and make cultural production an active part of the urban public realm. By giving agency to a city’s residents to stage their public spaces, any setting can find a new life, tell a new story, and be connected in a cultural network.