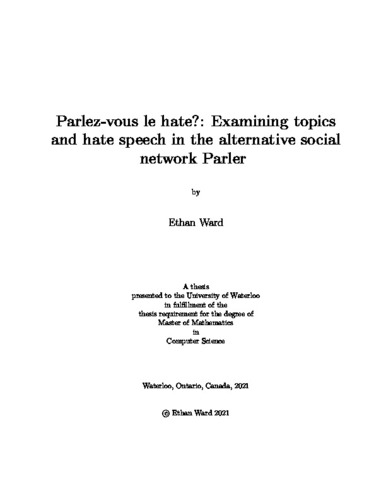 Over the past several years, many “alternative” social networks have sprung up, with an emphasis on minimal moderation and protection of free speech. Although they claim to be politically neutral, they have been a haven for conservatives who feel mistreated by popular social networks, and often those who have had false posts deleted from those sites. Parler is the latest in this trend, a Twitter alternative that grew in popularity when Donald Trump and many other conservatives had posts deleted on Twitter for spreading false information. We are among the first to analyze comments and posts made on Parler, attempting to characterize the kinds of posts users made on the site, as well as the amount of hateful words used. We also compare these to randomly sampled Twitter posts from the same time period to determine how Parler differs from conventional social networks.