Integrating Gender, Health, Mining, and Governance in Zambia and Canada 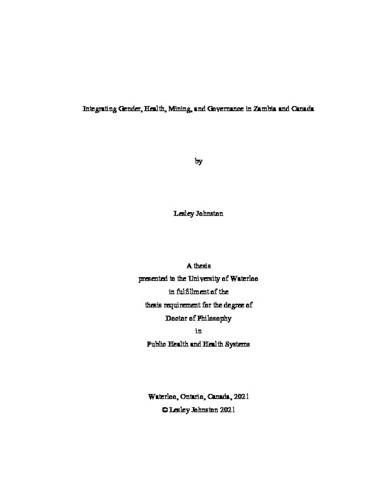