The time-use of Canadian immigrant families: differences in time inputs on child raising 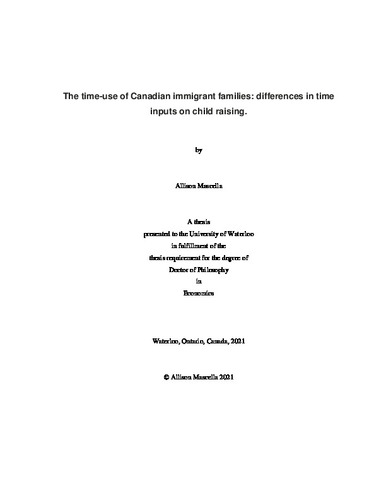