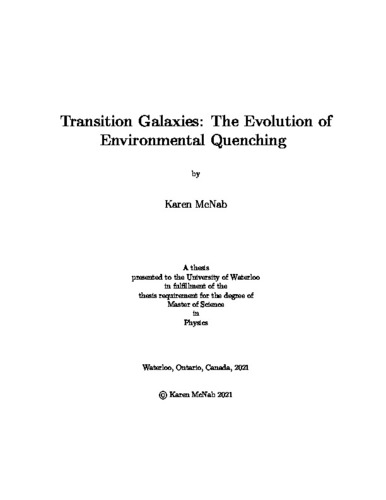 We study the evolution of environmental quenching using a photometric selection of transition galaxies in GOGREEN- which encompasses clusters between 1<z<1.5 spanning a wide range in halo mass. We split the galaxies in GOGREEN into three populations using their NUV-V, V-J colours and define a green valley between the quiescent and star-forming populations, making use of the deep B, g, and V band imaging from the survey. The green valley makes up ~10% of the cluster population, and shows no strong dependence on cluster-centric radius, and also show a similar abundance to the field volume outside 1 Mpc. We find that the stellar mass function of the green valley is intermediate to the quiescent and star-forming SMFs, and that their shape more resembles the quiescent stellar mass function, specifically in the flat, faint-end slope. Using the stellar mass functions of each population, we build a simple framework where we determine the different parameters associated with the transitioning population. We assume that a fraction of the star-forming population quenches every Gyr, as a result of environment, and that they spend a time in the green valley as this happens. We find that the rate at which galaxies are entering the quiescent population as a result of environmental quenching is consistent with the past average rate at ~0.08/Gyr, and that the galaxies entering the green valley stay there for a time < 1 Gyr, which is expected from rapid environmental quenching mechanisms in clusters. We find an excess of spectroscopic post-starbursts and blue-quiescent galaxies in the cluster indicate that much of this transition is happening via fast-quenching. The environmental processes responsible for quenching the star-formation in cluster galaxies appears to already be underway, even at the early epochs considered here.