THE MEASUREMENT OF INTER-PARTICLE DIFFUSION COEFFICIENTS IN MINE WASTES 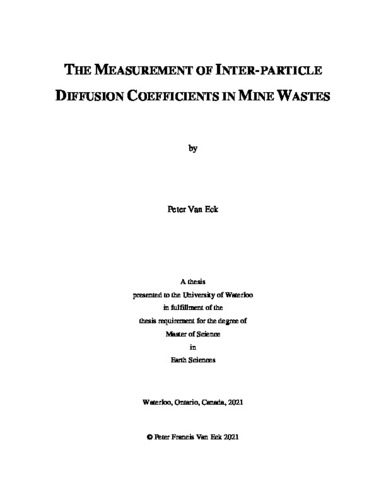