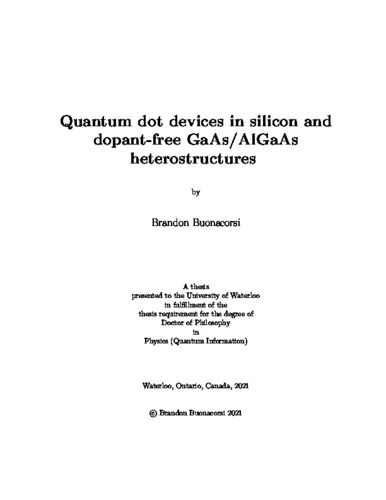 Single spin quantum dot qubits in silicon are a promising candidate for a scalable quantum processor due to their long coherence times, compact size, and ease of integration into existing fabrication technologies. Realizing a large quantum processor composed of thousands or more logical qubits requires the integration of conventional transistor circuitry and wiring interconnects to control each individual dot in the processor. The high density of control wiring required for these processors presents many engineering challenges. In this thesis, we propose a surface code quantum processor for silicon quantum dot qubits based on a node/network architecture. Local nodes consisting of just seven quantum dots are spatially separated on the order of microns to facilitate space for the necessary high density wiring. Entanglement is distributed between individual nodes via shuttling of entangled electron pairs throughout the network. X or Z stabilizer operations, necessary for operating the surface code, are realized by distributing three electron spin singlet pairs across four local nodes followed by local gate operations and ancilla measurements. Simulations of electron shuttling indicate that adiabatic transport is possible on timescales that do not bottleneck the processor speed. Phase rotation of the shuttled spin, induced by the Stark shift, can lower the overall shuttling fi delity; however, the error can be mitigated by proper electrostatic tuning of the stationary electron's g-factor. Using realistic noise models, we estimate error thresholds with respect to single and two-qubit gate fidelities as well as singlet dephasing errors during shuttling. Electron shuttling is a key resource of the proposed network architecture. We continue the shuttling simulations by presenting an algorithm for finding constant-adiabatic shuttling control pulses, which enables a more rigorous study of how different conditions impact the shuttling speed and fidelity. These constant adiabatic pulses are used to optimize the physical device geometry to maximize charge shuttling speeds up to 300 nm/ns in the single-valley case. We then switch to an effective Hamiltonian representation where spin and valley degrees of freedom are accounted for during shuttling. Using realistic device and material parameters, shuttle speeds in the range 10-100 nm/ns with high spin entanglement fidelities are obtained when the tunneling energy exceeds the Zeeman energy. High fidelity shuttling also requires the inter-dot valley phase difference to be below a threshold determined by the ratio of tunneling and Zeeman energies, so that spin-valley-orbit mixing is weak. In this regime, we find that the primary source of infi delity is a coherent spin rotation that is correctable, in principle, using single spin rotations. Two-qubit gates in the network architecture are mediated by the exchange interaction, an interaction that stems from the Coulomb interaction but manifests as a rotation between the |0,1> and |1,0> two qubit states. Realizing fault tolerant two-qubit gates has proven difficult in silicon quantum dots due to charge noise which perturbs the electron orbitals states, causing decoherence. Quantitatively accurate modelling of exchange in general quantum dot networks is important towards realizing fault tolerant gates. Traditional modelling methods, such as a full con figuration interaction approach, are cumbersome due to significant computational overhead required when accounting for the electron-electron interactions in the calculation. We present a modi ed linear combination of harmonic orbitals con figuration interaction (LCHO-CI) approach which signifi cantly reduces the computational time for obtaining quantitatively accurate estimations of exchange. The method works by approximating the single electron orbitals of the quantum dot network using an orthogonal basis of harmonic orbitals. This choice of orthogonal basis allows a precalculated library of matrix elements to be used in evaluating the Coulomb interactions, which speeds up the LCHO-CI calculation. The modi ed LCHO-CI approach is then used to study how the physical device geometry impacts the charge noise sensitivity of a double quantum dot system. We fi nd that, in general, geometries which increase the dot charging energy and decrease the gate lever arms improve the system's sensitivity to charge noise. We conclude this thesis by pivoting away from theoretical studies of silicon quantum dots and towards experimental studies of electron transport in dopant-free GaAs heterostructures. In modulation doped GaAs heterostructures, a doping layer is used to induce a two-dimensional electron gas (2DEG) at the heterojunction. Dopant-free GaAs lack the doping layer which makes fabrication more difficult as local electron reservoirs must be used to bring carriers and induce a 2DEG. The lack of the doping layer offers several advantages over modulation doped heterostructures, such as gate-ability of the 2DEG and ability to make ambipolar devices (both n- and p-type ohmic contacts). Realizing n- and p-type ohmic contacts requires etching a recess pit and depositing the ohmic material at an angle in order to preventing screening of the top gate when inducing a 2DEG or two-dimensional hole gas (2DHG). Magnetotransport experiments are used to characterize an induced 2DEG and 2DHG in a Hall bar fabricated on a 310 nm deep single heterojunction. The carrier mobility and density can be tuned using the top gate, and we achieve peak mobility values of 4.5E6 cm2/Vs and 0.65E6 cm2/Vs for the 2DEG and 2DHG respectively. We then move to a one-dimensional system and study electron transport through a quantum point contact. Conductance quantization is observed, and subband spectroscopy measurements indicate a 1D subband spacing of 4.5 meV. Finally, we study dynamically driven electron transport in a zero-dimensional system using a tunable-barrier quantum dot acting as a single electron pump. Single electron pumping is observed up to T = 5 K, and fi ts to the electron cascade model suggests pumping errors of 1.87 ppm when operated at a driving frequency of f = 500 MHz.