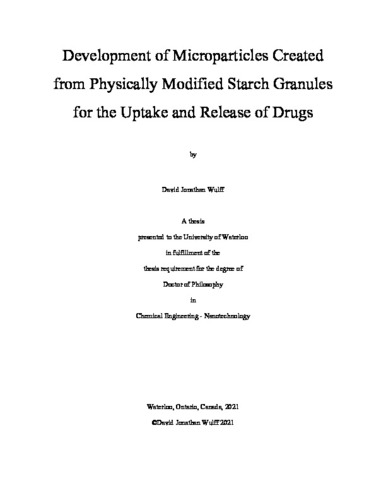 David Wulff (2021). Development of Microparticles Created from Physically Modified Starch Granules for the Uptake and Release of Drugs. UWSpace. http://hdl.handle.net/10012/16616