Investigating the relation between boredom and media multitasking 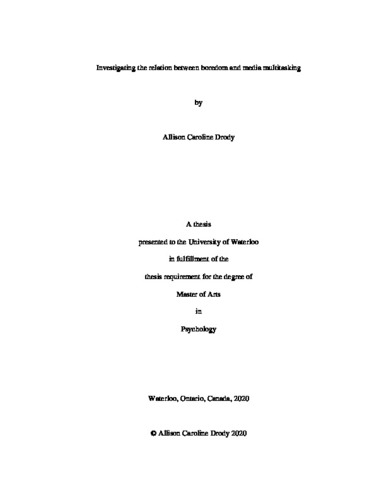