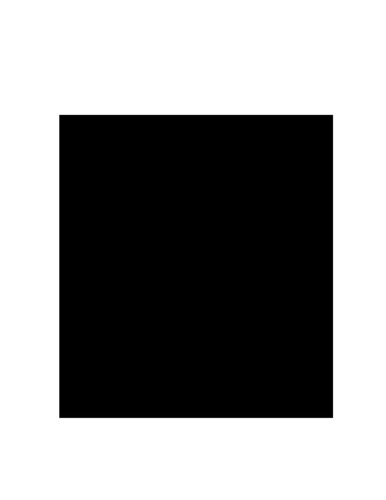 Free-surface problems arise in many real-world applications such as in the design of ships and offshore structures, modeling of tsunamis, and dam breaking. Mathematically, free-surface wave problems are described by a set of partial differential equations that govern the movement of the fluid together with certain boundary conditions that describe the free-surface. The numerical solution of such problems is challenging because the boundary of the computational domain depends on the solution of the problem. This implies that there is a strong coupling between the fluid and the free-surface, and the domain must be continuously updated to track the changes in the free-surface. In this thesis we explore and develop space-time hybridizable discontinuous Galerkin (HDG) methods for free-surface problems. First, we focus on a linear free-surface problem in which the amplitude of the waves is assumed to be small enough so that the domain can remain fixed. We initially consider a traditional approach for the numerical discretization of time-dependent partial differential equations: we discretize in space using, in this case, an HDG method to obtain an ordinary differential equation. Then, we use a second order backward differentiation formula to discretize in time. We see that in comparison to an interior penalty discontinuous Galerkin discretization, this HDG discretization results in smaller linear systems (in general), and produces better approximations to the velocity of the fluid. Next, we consider the solution of the same linear free-surface problem with a space-time hybridizable discontinuous Galerkin method. Unlike previous finite element discretizations of this problem, we consider a mixed formulation in which the velocity of the flow can be approximated with an optimal order of convergence. We develop a set of space-time analysis tools that allow us to obtain a priori error estimates in which the dependency on the spatial mesh size and the time step is explicit. This is in contrast to previous space-time error analyses in which the error bounds depend on the size of the space-time elements. Finally, we move on to incompressible nonlinear free-surface flow. We consider the two-fluid (gas and liquid) Navier-Stokes equations and use a level set method in which the flow and the level set equations are solved subsequently until a certain stopping criterion has been met. The flow equations are solved with a space-time HDG method which is exactly mass conserving. Furthermore, a space-time embedded discontinuous Galerkin method is employed for the solution of the level set equation. This discretization possesses the same conservation and stability properties as discontinuous Galerkin methods, but produces a continuous approximation to the free-surface elevation. When a discontinuous approximation to the free-surface elevation is obtained, smoothing techniques have to be applied in order to move the mesh and track the interface. It has been shown in the past that such techniques can lead to instabilities and stabilization terms have to be added to the discretization. Therefore, obtaining a continuous approximation to the free-surface elevation in our discretization is crucial: not only can the mesh be deformed in a straightforward manner, but it can also be done without introducing any potential sources of instabilities. We present two numerical results that demonstrate the capabilities of the method. In the first test case we compare against an analytical solution and we demonstrate how the mesh conforms to the interface between the two fluids. Finally, we present a simulation of waves generated by a submerged obstacle.