Purification and Characterization of O2-insensitive Pyruvate Decarboxylase from Sulfolobus species 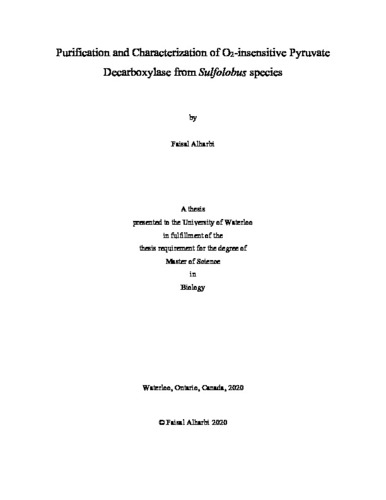