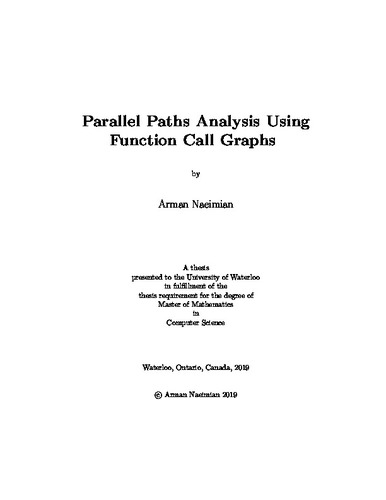 Call graphs have been used widely in different software engineering areas. Since call graphs provide us with detailed information about the structure of software elements and components and how they are connected with each other, they could be used in detecting specific structures and patterns in the code such as malware, code clones, unreachable code, and many other software symptoms that could be searched by their structural features. In this work, we have analyzed parallel paths in function call graphs in three Java open-source projects. Parallel paths emerge when there is more than one path between two nodes in the call graph. We investigated the reasons such paths are created and used for and also the problems that result in removing them. Moreover, we have used the results of our analyses to find instances of parallel paths in the projects that we analyzed and suggest some changes to developers based on that. Based on our results, we found three categories of problems associated with parallel paths and four categories of usages of them.