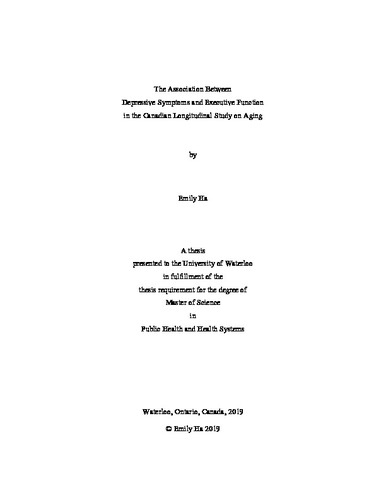 Emily Ha (2019). The Association Between Depressive Symptoms and Executive Function in the Canadian Longitudinal Study on Aging. UWSpace. http://hdl.handle.net/10012/14996