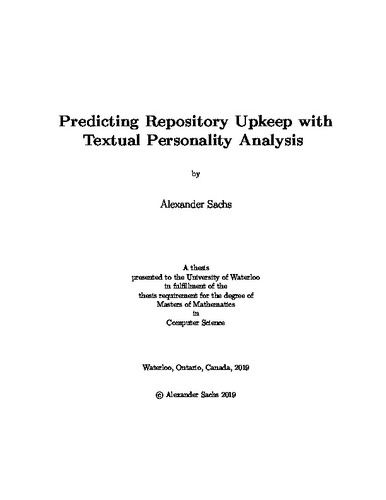 GitHub is an excellent democratic source of software. Unlike traditional work groups however, GitHub repositories are primarily anonymous and virtual. Traditional strategies for improving the productivity of a work group often include external consultation agencies that do in-person interviews. The resulting data from these interviews are then reviewed and their recommendations provided. This is one such claim of a group of strategies called group dynamics. In the online world however where colleagues are often anonymous and geographically dispersed, it is often impossible to apply such approaches. We developed experimental methods to discern the same information that one would normally obtain through in-person interviews through automated means. Here we provide this automated method of data collection and analysis that can later be applied for the purposes of recommendation agents. Comments from individual developers were collected via various GitHub APIs. That data was then converted into personality traits for each individual through textual persona extraction and mapped to a personality space called SYMLOG. The resulting dynamics between each of the personalities of the developers of each repository are analyzed though SYMLOG to predict how successful each project is likely to be. These predictions are compared against valid preexisting success metrics.