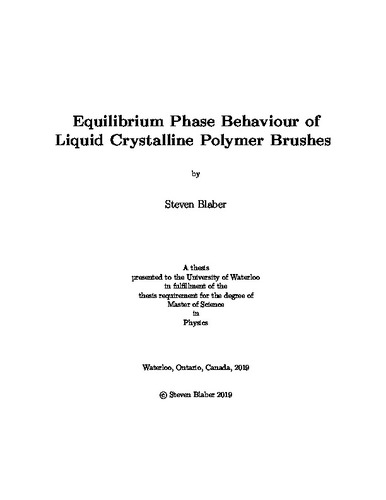 Using self-consistent field theory of worm-like chains with Maier-Saupe interactions we study the equilibrium phase behaviour of liquid crystalline (LC) polymer brushes. In a good solvent the brush extends out normal to the grafting plane in order to maximize the contact between polymer and solvent molecules which results in a continuous transition to an extended nematic state with increasing LC interaction strength. As LC interactions are further increased the brush collapses into a high density nematic state. In contrast to previous calculations, that assumed azimuthal symmetry and predict a collapse through folding into a high density nematic state we find that for semi-flexible polymers the folded state becomes unstable and the brush instead collapses through a continuous symmetry breaking transition into a tilted state.