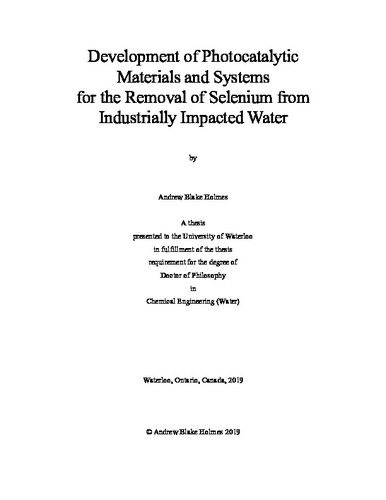 Andrew Holmes (2019). Development of Photocatalytic Materials and Systems for the Removal of Selenium from Industrially Impacted Water. UWSpace. http://hdl.handle.net/10012/14534