Characterization of Changes in the Kidney, Liver, and Adipose Tissue of RTSAKO Mice 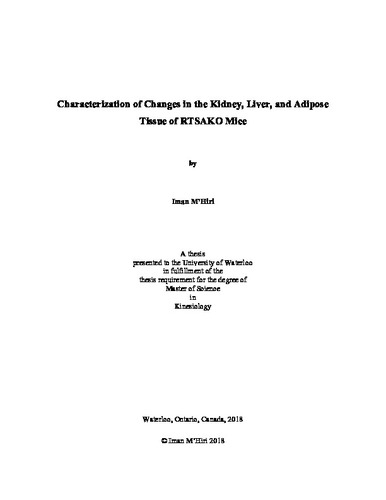