Characterizing the transport of hydrocarbon contaminants in peat soils and peatlands 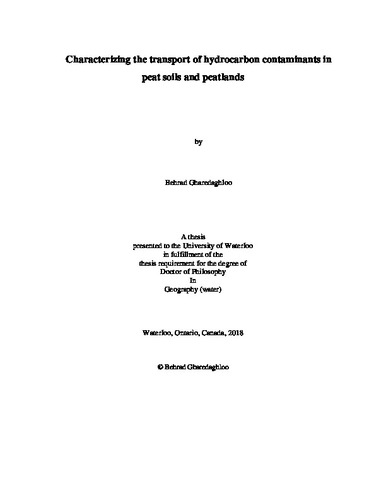