On The Circuit Diameters of Some Combinatorial Polytopes 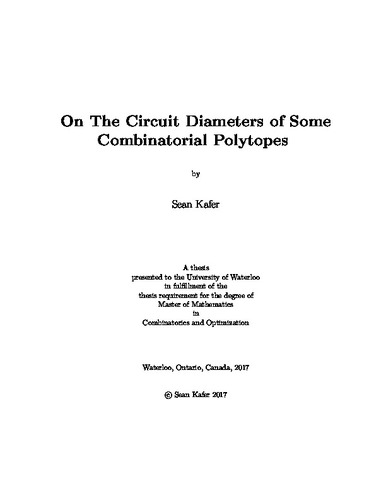