A Classification of (2+1)D Topological Phases with Symmetries 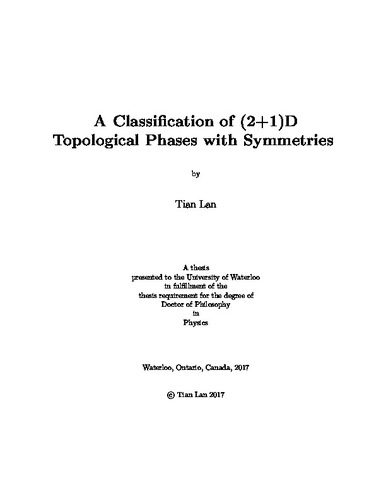