Woodchip Biofilters for Treatment of Particulate Phosphorus in Agricultural Runoff 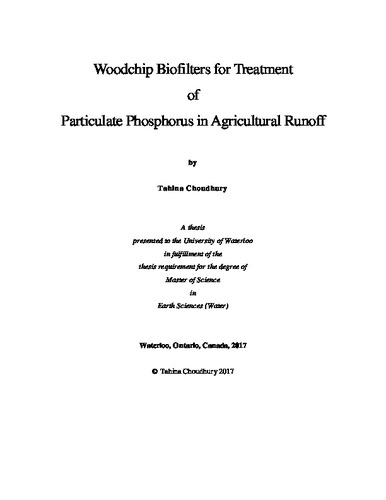