Stabilization of Mercury in River Water and Sediment Using Biochars 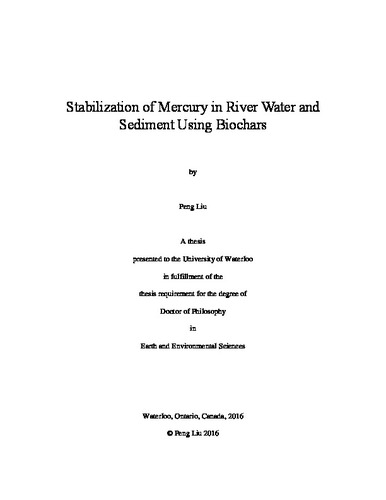