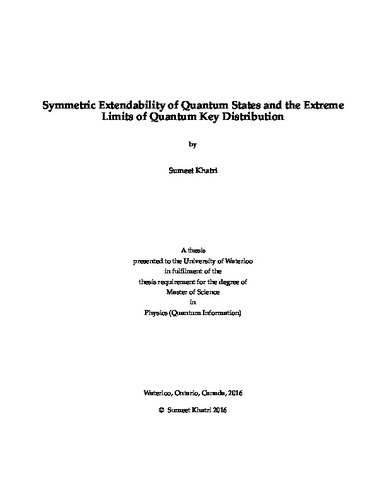 We investigate QKD protocols with two-way classical post-processing that are based on the well-known six-state and BB84 signal states. In these QKD protocols, the source (Alice) sends quantum signals to the receiver (Bob), who measures them, leaving only classical data on both sides. Our goal is to find the highest value of the quantum bit-error rate (QBER) $Q$ for which two-way classical post-processing protocols on the data can distill secret keys. Using the BB84 signal states, such protocols currently exist for $Q<\frac{1}{5}$. On the other hand, for $Q\geq\frac{1}{4}$ no such protocol can exist as the observed data is compatible with an intercept-resend attack. This leaves the interesting question of whether successful two-way protocols exist in the interval $\frac{1}{5}\leq Q<\frac{1}{4}$. For the six-state signal states, the corresponding interval is known to be $\frac{5-\sqrt{5}}{10}\leq Q<\frac{1}{3}$. We search for two-way protocols because it turns out that within these intervals Alice and Bob's correlations are symmetrically extendable, meaning that Bob and the eavesdropper (Eve) are completely indistinguishable from Alice's point of view, making any one-way Alice-to-Bob post-processing protocol insecure. A two-way protocol might be able to break the symmetry between Bob and Eve, and it must do so in order to distill a secret key because any two-way protocol will necessarily terminate with a one-way communication step, at which point the symmetric extendability of Alice and Bob's updated correlations must be checked again. We first show that the search for two-way protocols breaking the symmetric extendability of Alice and Bob's correlations can be restricted to a search over post-selection protocols if all we care about is whether secret key can at all be distilled and not about the rate of distillation. We then provide strong analytical and numerical evidence to suggest that no two-way classical post-processing protocol exists within the gap when the six-state signal states are used. Under quantum entanglement distillation protocols, it is known that secret key can be distilled right up to the intercept-resend bounds of $\frac{1}{4}$ and $\frac{1}{3}$ for the BB84 and six-state signal states, respectively. We therefore want to know whether classical post-processing protocols are just as good at distilling secret keys as quantum ones. Our results appear to indicate that they are not.