An Automaton-Theoretic View of Algebraic Specifications 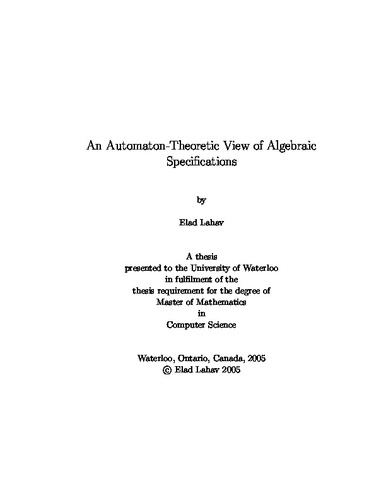