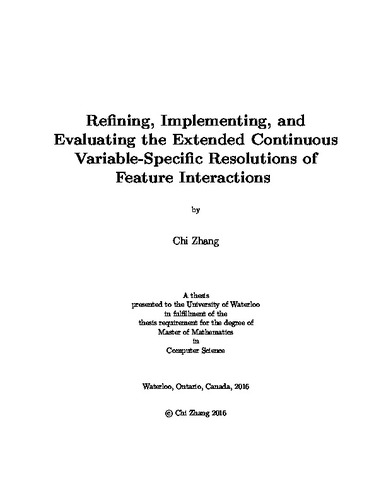 Systems that involve feature-oriented software development suffer from feature interactions, in which features affect one another’s behaviour in surprising ways. As the number of features increases, the complexity of examining feature combinations and fixing undesired interactions increases exponentially, such that the workload of resolving interactions comes to dominate feature development. The Feature Interaction Problem results from aiming resolve feature interaction by providing optimal resolutions. Resolution strategies combat the Feature Interaction Problem by offering default strategies that resolve entire classes of interactions, thereby reducing the work of the developer who is charged with the task of resolving interactions. However, most such approaches employ coarse-grained resolution strategies (e.g., feature priority) or a centralized arbitrator. This thesis focuses on evaluating and refining a proposed architecture that resolves features’ conflicting actions on system’s outputs. In this thesis, we extend a proposed architecture based on variable-specific resolution to enable co-resolution of related outputs and to promote smooth continuous resolutions over execution sequences. We implemented our approach within the PreScan simulator for advanced driver assistance systems, and performed a case study involving 15 automotive features that we implemented. We also devised and implemented three resolution strategies for the features’ outputs. The results of the case study show that the approach produces smooth and continuous resolutions of interactions throughout interesting scenarios.