Analysis of Parameterized-Chain Networks: The Dependency Graph and Its Full, Consistent Subgraphs 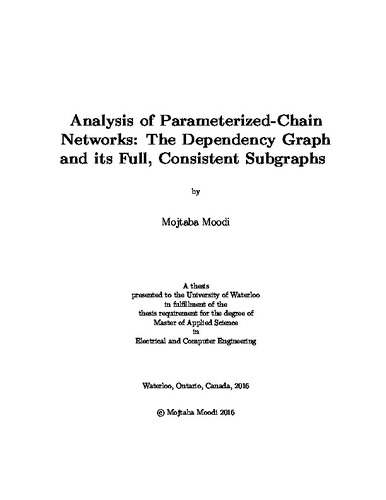 This thesis studies algorithmic aspects of deadlock analysis for parameterized networks of discrete-event systems. A parameterized network consists of a finite, but arbitrarily large, number of interacting finite-state subsystems, each within one of a fixed, finite number of isomorphism classes. While deadlock analysis of such systems is generally undecidable, decidable subproblems have recently been identified. The decision procedure rests on the construction of a finite dependency graph for the network, and the computation of its full, consistent subgraphs. We present a software tool for such computations, and apply it to a train network example that extends beyond the current theoretical framework. The results suggest ways in which the framework could usefully be extended.