On the Causes and Consequences of Abusive Supervision 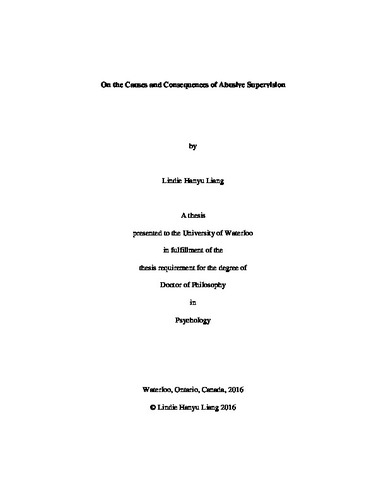