Obesity, Physical Activity and Sedentary Behaviour Among Canadian First Nations Youth: An Exploration of Associated Factors and Evaluation of a School Sports Program 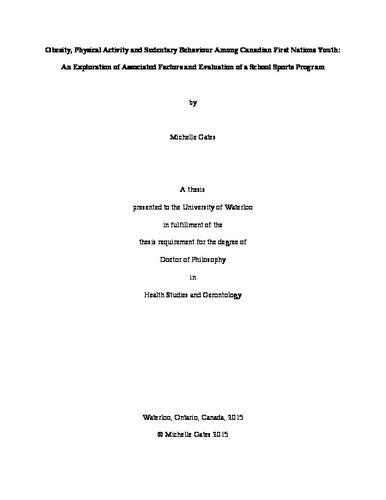