A Generalization of M/G/1 Priority Models via Accumulating Priority 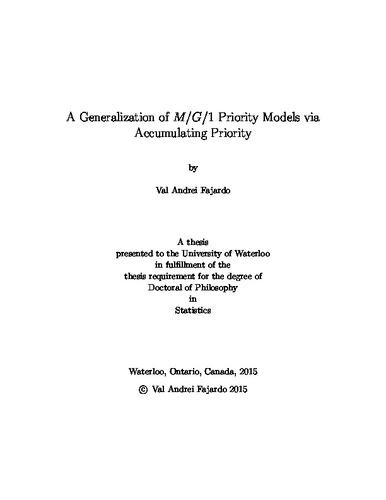